Great biodiversity of
flora and fauna.
More than 60 lakes. 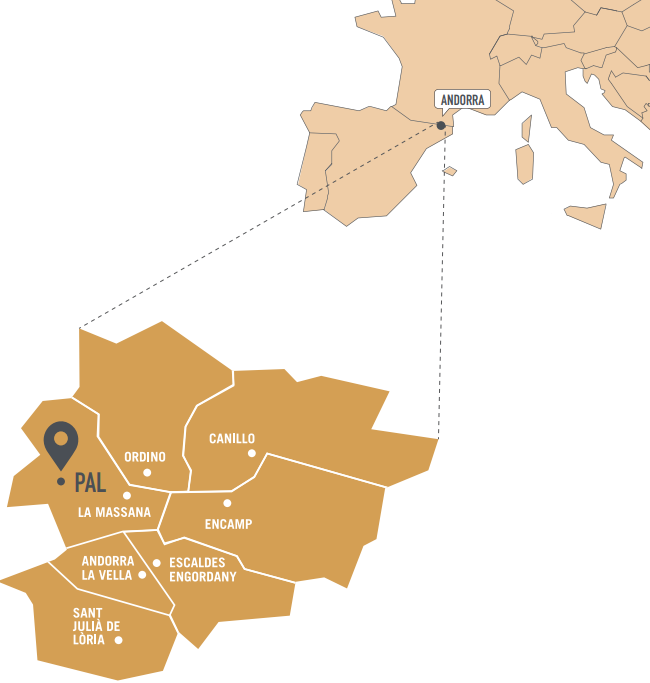 Andorra is an independent micro-state in south-western Europe. It borders Spain to the south, via Catalonia, and France to the north, via the department of Ariège.

Andorra is one of the smallest states in the world, with 468 square kilometres, and has a population of 77,543 inhabitants, of which only 37,749 are of Andorran nationality. The rest are of more than a hundred different nationalities, which gives Andorran society an open and colourful multicultural nature.

The country is known for being surrounded by mountains, which rise above 2,600 m and peak at 2,942 m, the Pic de Comapedrosa, the highest peak in the country.
There are three main rivers that run through Andorra: The Valira d’Orient, which begins in the eastern part, the river Valira del Norte, which begins in the Tristaina lakes, and the Gran Valira, where they both converge as they pass through Escaldes-Engordany. The Gran Valira river ends up flowing into the Segre river -in the Catalan town of La Seu d’Urgell- which, in turn, is a tributary of the Ebro.

Andorra has more than 60 lakes. The most emblematic are Lake Juclar, with 21 hectares, Lake Illa and the three lakes of Tristaina. 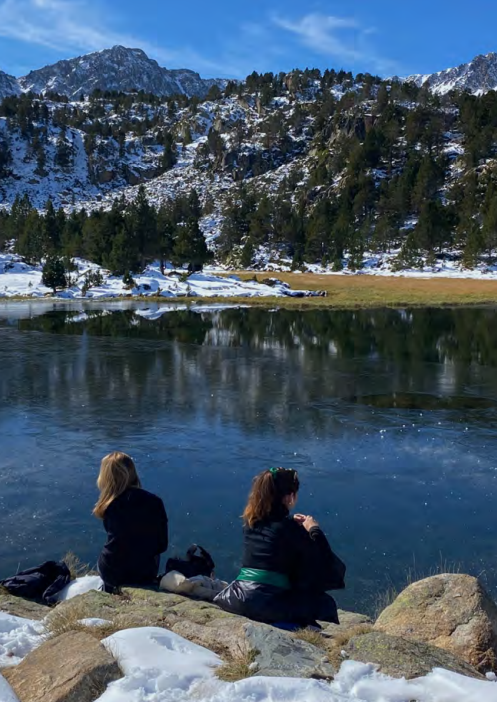 Andorra also offers you the chance to be part of a select group of people who can consider themselves part of daily life in the country. People who establish their main residence here, and who enjoy not just the privilege of spectacular views in a unique environment surrounded by fresh air, but also live in peace thanks to a high level of public safety, an excellent health system, a multilingual education system with leading academic institutions, reduced taxation, and a strategic location between Spain and France that allows you to be away from it all and close to everything at the same time.

The development team of Pal 1550 Village Ressort is made up of professionals with more than 30 years of experience in projects and construction of all types of homes and equipment.

Execution is carried out by leading companies with proven experience and quality.

Crèdit Andorrà collaborates in financing the execution of the different units.